Getting Stronger by Not Lifting (or “WTF is up with all this skateboarding?!”)

I started lifting in 2008 as a Marine in Ramadi, Iraq and at the time I never anticipated where I would be today. The better part of the last month I've spent my time outside of the gym. Had you asked me eight years ago if that would be a difficult thing to accomplish my answer would have been “of course not.” But the reality is that over all these years I had rarely taken more than 2-3 days off from training. I honestly cannot think of a period where I hadn’t trained in the gym a minimum of two or three times a week since Ramadi leading all the way up to my last meet, the USPA Colorado State Championship in April of this year.

That’s about 2.5 years of messing around and accidentally getting strong enough to be convinced to do a powerlifting meet and then focusing on that sport for the remaining period of time. Recently a reddit thread asked “What Separates the Champs from the Average?” And if I were to answer accurately and personally it would be: Disregard overtraining and find a way to deal, prioritize lifting over everything, develop, test, analyze, and publish for free the GZCL Method, Jacked & Tan, and most recently the wildly popular UHF & Rippler programs from Applications &Adaptations.

All that development and testing meant planning and training, lots of training, which meant time (like 1.5-2.5 hours average.) Where did it go? A few first places, a third, and now even a best lifter – If we’re talking platform winnings. (Two world records in the IPL when it was young, so we don’t really talk about that…) The actual royalties from my efforts are the countless personal records lifters around the world have set using my method. Everyday I see all of your successes and I am grateful that the method is trusted.

I am genuinely surprised and thankful whenever this happens in my email.

But through this lifting success the daily monotony and dullness of the gym proved to be erosive; and like the wind and rain carving canyons in the earth their combined effect wore my will equally well.

At my best I needed lifting least.

Luckily, my eight year old daughter wanted to pick up skateboarding, a favorite past time of mine. She’s been on the board about two months now, which means I’ve been doing the same. This last month though, for each of us, has been heavily skateboarding focused. And as a result we’re both much better because of it.

Hard training makes for great gains. Who would have thought?

At first it was a short break away from the gym. I had some nagging injuries that just won’t ever go away that were really getting in the way of my daily life. Usually lifting was my means to ensuring the maintenance of my shitty knees, hips, back, and shoulders. A gift to me from Chesty. But in pushing to that admittedly meager 1,526 total my training became blind effort and willpower towards a goal. As a result nagging is more like shouting and lifting seemed to be like throwing gasoline on a fire.

In that blindness of determination my body eroded as well. I got very sick. Missed at least five training sessions. Weighed in at 176 and didn’t even have the will to water cut.

My hard push through the psychosis of the gym left the walls and weights around me eroded, ultimately leaving what I needed most: my wife, my daughter, and a skateboard. I couldn’t be happier. I’ve been going for walks. Day dates. Climbing trees. Digging. Building forts. And all kinds of other fun activities! I feel like a freaking grown Boy Scout. 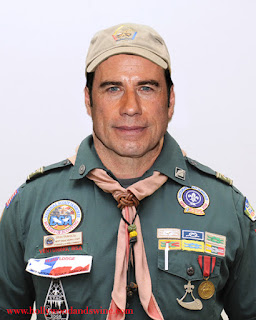 Be prepared and please don't shoot at the thermonuclear weapons.
This month of training skateboarding not powerlifting has had a dramatic positive effect on my life, across a variety of means. Obviously the carry over to powerlifting is what most of you are concerned about. Well in that regard the 2-3 hour, and sometimes in excess of four-hour skating sessions has tremendously improved my cardio. That shamefully had fallen to the wayside as my focus on powerlifting grew. Additionally the plyometric nature of skateboarding means my squatting has seen positive benefit and while lifting has made me a stronger skater in a muscular sense it certainly made me feel delicate.

There’s something about the environment of a gym and the near absolute safety of it all that made me lose a sense of ruggedness, or durability about myself.  The actual cause was of course the very limited and specific nature of my own training for powerlifting. A lack of training for athleticism. Mastering skills. Learning new ones. Dynamic movements. Contact. Coordination. Proprioception. In powerlifting we see specificity as a scale that ranges from competition movement to similar movement but with a different thing or moved a kinda different way.  The reality is that scale for us reaches much further back than we allow ourselves to see, admit, or commit to.

I just lucked out and was shown my scale by a badass and adorable eight year old who was curious about my old dusty skateboard.

In becoming a powerlifter I lost the athleticism previously honed as a skateboarder and infantry Marine. This I confused for becoming soft and delicate in the gym. It wasn’t instantaneous but a rather drawn out and tragic process- sort of Alzheimer’s for athleticism. I am now regaining that athleticism by picking up skateboarding again, and wouldn’t you know it, I already feel more rugged and durable!

Adorably, others think they can gain a sense of ruggedness by growing beards and buying guns. 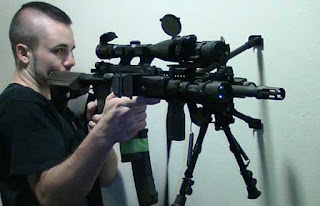 Lastly skateboarding again has changed the way I think. Not just about skateboarding, but also how I look at lifting. Both others and mine. It’s changed the way I look at problems, schoolwork, and what having a family is all about. I believe the planned, programmed, logged, monotonous, repetitive, Groundhog’s Day-esq lifting had dulled my creativity and problem solving skills that were sharp previously. Skateboarding inherently develops creative problem solvers.

In that change of thinking I realized a few things, first, that it wasn’t skateboarding that I needed. It was just time out of the gym being active in something other than lifting. A full life requires a diversity of input, mentally and physically. This is something I feel all lifters should include in their training, and if there’s ever been a strong argument for a Fourth Tier (T4) this would be it. Get outside. Challenge yourself in new ways. Master new skills. This will positively impact your lifting in ways I cannot predict and you cannot imagine.

Second, I realized that motivation doesn’t exist (sort of?) Definitely in the long term, perhaps even just beyond the short. I had always felt motivation was lacking in effect, feeling hollow. Maybe that was because of the implication of being “moto” in the Corps. Three weeks into my clumsy return to skateboarding I had a crisis of motivation, or so I thought. Fearfully wondering if the fire had died inside. Somewhere in that wonder my spirit animals of Bill Kazmaier and Andre Malanichev recognized my fear and answered in the form of Kevin Ogar. Training with him I realized for a third time in my life that there is only commitment. 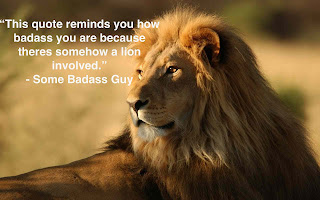 I personally identify motivationally as a mongoose
but I guess lions are in these days.

Motivation is plastic. It pollutes the world with its immediate usefulness and everlasting uselessness. Pictures, memes, slogans, it is everywhere! “Still lapping everyone on the couch” reads the back of the shirt on the last person in the 5K charity walk.  To jocks its Nike’s “Just do it” to nerds Yoda’s “Do. Or do not. There is no try.” The audience feels motivation no longer than it takes to read those words. Ideally they should be taken as a reminder to commit instead.

Motivation’s impermanence proves its worth. Commitment has value.

Commitment is lesson I had originally learned as a young man from skating regarding landing new tricks. Sometimes no-matter-what you just have to put your feet back on the board. The second time this lesson came my way was from my Marine values of honor, courage, and commitment. Yet somehow in my jaded march rep by rep, and pound by pound, to a higher total and greater rankings I forgot this lesson. Again I lucked out, this time a redheaded bearded paraplegic CrossFitter taught me a lesson in commitment a third time.

My crisis of motivation regarding lifting was brought on by the rekindling of my love for skateboarding. Here I was wondering if I would lift again and Kevin was crushing it. There is nothing to wonder, it is simply commitment. And if there's anything this last month has shown me it is that a more balanced approach to living is the most ideal one to train in.

Perhaps I’ll have to commit to cutting weight once more to make that Top-5 at 165 and run for some real cash in one of many things that I'm committed to, powerlifting.
Posted by GZCL at 5:00 AM No comments:
Email ThisBlogThis!Share to TwitterShare to FacebookShare to Pinterest
Newer Posts Older Posts Home
Subscribe to: Posts (Atom)