How the Spanish Ruined it for Everyone

The Perfect Powerlifting Program. You haven’t found it, nor has anyone else; at least within the last few centuries. Historians say it was lost when the Spaniards ransacked Tenochtitlan in 1521. Supposedly it was hand carved into the unearthed bone fragments of what we now know as a Dreadnoughtus. Some time in early 1500 an unnamed Aztec warrior scrimshawed a record of his physical training regimen in his pursuit of divinity on the battlefield.

In 1520 it was perfected and he ascended into the heavens to be with Huitzilopochtli, the Aztec God of War. Then in 1521 the Spaniards invaded and destroyed a record more important to physical development than Starting Strength and The New Encyclopedia of Modern Bodybuilding, combined.

Some say even more important than the Magna Carta and maybe even the Harry Potter series. How many pounds do you think that Aztec warrior
gets out of that sweet weight belt?

Historically accurate and well documented events aside, the perfect program doesn’t exist. You will never find it. You will never create it. No one has nor ever will. Why? Because the near perfect training program requires two things:

Take any pre-written program off the internet, a magazine, bone fragment, or from your buddy and chances are it lacks one of those above traits, if not both.

Individualization: In essence a training program should address what specific strengths, weaknesses, goals, and exercise contraindications an individual lifter has before and during the program.

Example: Lifter-A has poor posture and their shoulders are internally rotated to a serious degree. (Standard computer guy posture.)  It would be in their best interest to not perform overhead pressing and instead fill that gap with corrective stretches/exercises until they reach a point of normalized (or nearly so) shoulder heath where overhead work can be performed more safely.

In the case of the lifter above if they were to take any number of exercise programs off the Internet, say Starting Strength or 5/3/1, where the press is a key movement they stand a high likelihood of injuring themselves before they make any real progress on the lift. If they injure themselves overhead pressing it will likely impact their ability to perform the bench press. As a result their “program” now has a 50% usability rating.

A key thing to remember about individualization is that it frequently changes. Every training session is an opportunity to better tailor your training to your individual needs.

Progression: Increasing the lifter’s performance in one or more metrics. This increase should be specific and quantifiable.

This is by no means an exhaustive list of conceivable progression options.

Progression is a subject that is typically left out of common “programs” passed around by friends that are pulled from the pages of muscle rags. Do everything 3x10 week in week out with no mention of how or when to add weight, reps, or other measurable forms of progression. 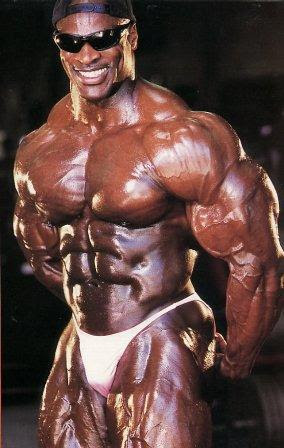 All this 19-year old caucasian female wanted
was to tone. Turns out she accidentally
Ronnie Coleman'd herself.

On the other side of the coin we have over simplification of progression. All too often we have people say, “Add weight!” as the only form of viable progress. This then results in lifters reaching a plateau and finding themselves dumbfounded on how to continue progress. “Buy micro plates for micro loading!” The masses will say.

Please, don’t get me started on the stupidity of micro loading.

Rather than suffer the eventual plateau of adding ever decreasing, infinitesimally small amounts of weight, lifters can instead take a note from Doug Hepburn and linearly progress their volume instead of single-mindedly chasing intensity increases. Or like a strength mutant I know, only increase their working sets when the bar flies off their traps when squatting.

Yeah. Pure blooded mutant. (I mean that in the most admirable way.)

Sure, adding weight is fun and I love it just as much as the next guy. But sometimes it’s not the best option or a viable one. If a lifter can improve any one of the above examples (and likely any other measurable performance marker) they’ve become a better athlete as a result of their training.

Progress is progress. An athlete’s performance is multifaceted. Wearing blinders and only focusing on one function of progress is an unnecessary hindrance. Cast those blinders aside and progress becomes easy. Say goodbye to plateaus. 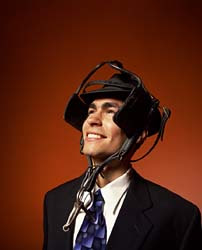 Little does this guy know he's about to
get stuck at 220 on bench press for the next
eight months.

Your Excel Spreadsheet is Killing Your Gains

That’s right. The 12-tab spreadsheet you’ve drafted up which details every training session you’ll do for the next year, down to minutia… is worthless.

Worse than worthless in fact, it could be a hindrance to your progress.

This is where people like me who love the spreadsheet planning can take a page from someone who doesn’t. Someone who, gasp! trains by how they feel rather than having a rigid structure for their training plan.

What’s the point of drafting out a training plan that will take you from Point-A to Point-B when in the middle of it you may get sick, injured, or stall a lift?  Not saying writing a plan out is bad but more to the fact that sometimes strictly sticking to the plan can cause more harm than good. Such is the case when I find myself training “according to the plan” when I know I haven’t recovered enough from the previous training session.

So what happens in this case? What should a new lifter, or even a seasoned spreadsheet using vet, do in such a situation?

Simple. Go with an audible. My standby “back up” training session is to do something I know I can easily recover from, or simply, do something fun in the weight room.

Yes, something fun. (News flash, lifting weights is for 99% of us a hobby. And as such hobbies should be fun 99% of the time.)

If that means you go to the gym to bench and it’s just not happening because your pecs are too beat up today why not train arms and shoulders individually? Those two parts are integral to the performance of a bench press and if you can successfully train them in that session then you’ve turned a potential bad workout into a good one. Or if you’re supposed to train the bench heavy go after lower intensity volume or speed focused training.

The target of progress has shifted that day. Reacquire it.

Us spreadsheet warriors need to stay flexible. When in doubt, ditch the plan and kill what you can instead. 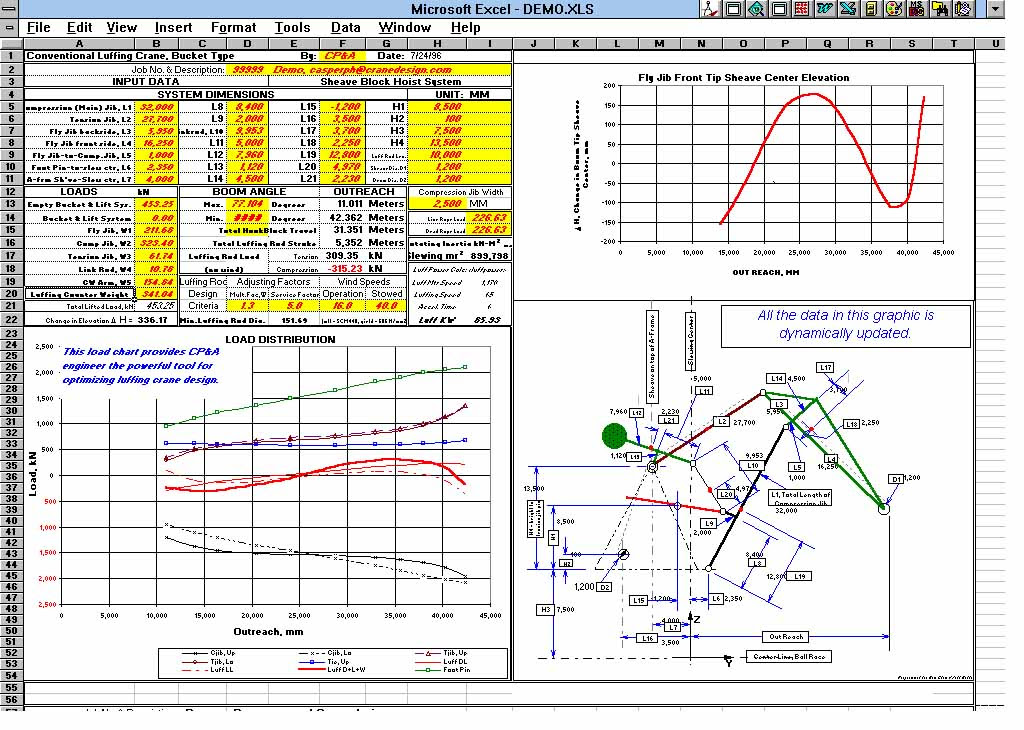 The average program of a guy nine months into
lifting weights and just finishing his first month
on Texas Method.

Ditch the Program. Stick to Principles.

Here is where we circle back around to the success of a lifter and how it is determined by their training being both individualized and progressive- the fundamental principles to any successful training pursuit.  Those are really the only things you should rigidly plan. This means all lifters could make progress without any semblance of a “program.”

No prewritten plan.
No Google docs.
No spreadsheets.

Instead all that is needed is the understanding of their individual needs as an athlete and how to progress their abilities. This could mean that they have identified a lagging body part which lacks development, a technique fault, or other performance compromise and then instead of setting a fixed time and route on how to improve it they train their needs until they see quantifiable improvement.

As a lifter progresses from novice to advanced their training plan in essence should go from instruction manual to outline.

Perhaps they squat slow and rather than increase the weight on the bar they’re going to maintain intensity until they can lift that weight 25% faster. Maybe they lack conditioning so they’ll make an effort to limit rest. Or a muscle may be underdeveloped so they would add in more isolation movements to bring it up to par.

Let your principles guide your training, then measure the worth of those principles by the results they produce. If they’re producing undesirable results then analyze why, reacquire your target, adjust fire, and engage in training again. Repeat as necessary until your principles continually produce quality results. 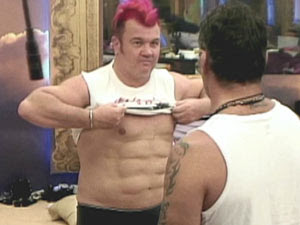 Or you know, you could just get ab implants.

I know much of this is very “common sense” type information. But if there’s anything I’ve learned since I’ve started training it’s that people love to write down what they’re going to do in the gym and then they do one of two things:

1. Do it exactly as written.

Even advanced lifters are subject to this. And in my opinion the more advanced you become the more #1 becomes a hindrance to your progress.  I concede that the novices should stick to the basics and the simple linear weight progression is their most beneficial option. But there comes a time when every lifter hits a roadblock with their fancy well planned out program and then they have to make one of the choices above. If they’re feeling run down and choose the first option they stand a higher risk of injury; most likely banging their head against the wall in frustration. Choose option two and they may feel like they’re not making any progress whatsoever. There is an ever shifting sweet spot and it is important to understand that individual needs change, and because of that, progression methods sometimes need adjustment as well.

The reality is that when the plan fails the principals can succeed. And in that success the lifter will not only become a better athlete but also a better coach to themselves.

... All despite the Spanish conquistadores setting our training knowledge back a few hundred years. If only almighty Huitzilopochtli could see our gains… 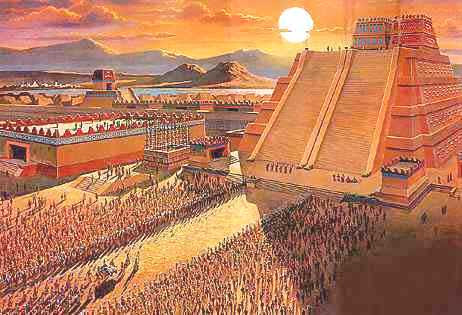 Science has proven that the most bioavailable protein source
comes from the still beating heart of a virgin
sacrificed atop an Aztec temple.
(Disclaimer: Don't sacrifice any virgins for gains.)
Posted by GZCL at 2:11 PM No comments:
Email ThisBlogThis!Share to TwitterShare to FacebookShare to Pinterest
Newer Posts Older Posts Home
Subscribe to: Posts (Atom)